The branches of a sprawling tree provide refuge for a countless number of mysterious, glowing entities known only as the Will o’ the Wisps. In the dark of night, their form is never truly revealed–instead they glow softly, appearing and disappearing seemingly at random. The ‘wisps’ draw their energy from folklore and legends born from every corner of the world: they are known as fairy fire by Welsh travellers, as Aleya by Bengali fisherman, as luces del tesoro in Mexico and as min min lights in Australia. Within the installation the wisps perform individually and reflect their different origins; they appear as devilish displays of red mischief, or elusive soft glowing orbs or burst forth as explosions of vibrant colour. Within the context of the artwork the wisps are a visual metaphor; by constantly appearing and disappearing they represent seemingly impossible-to-reach hopes or goals. 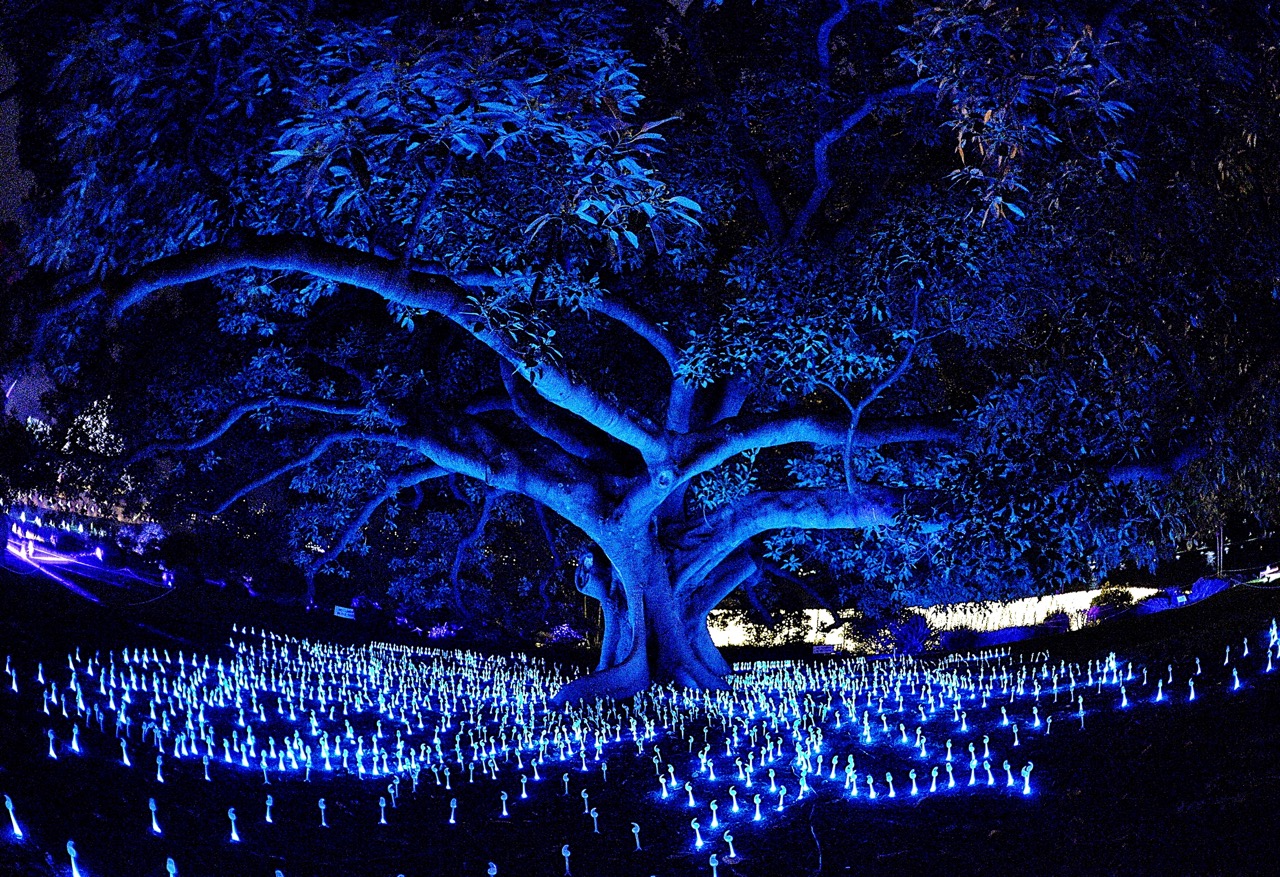 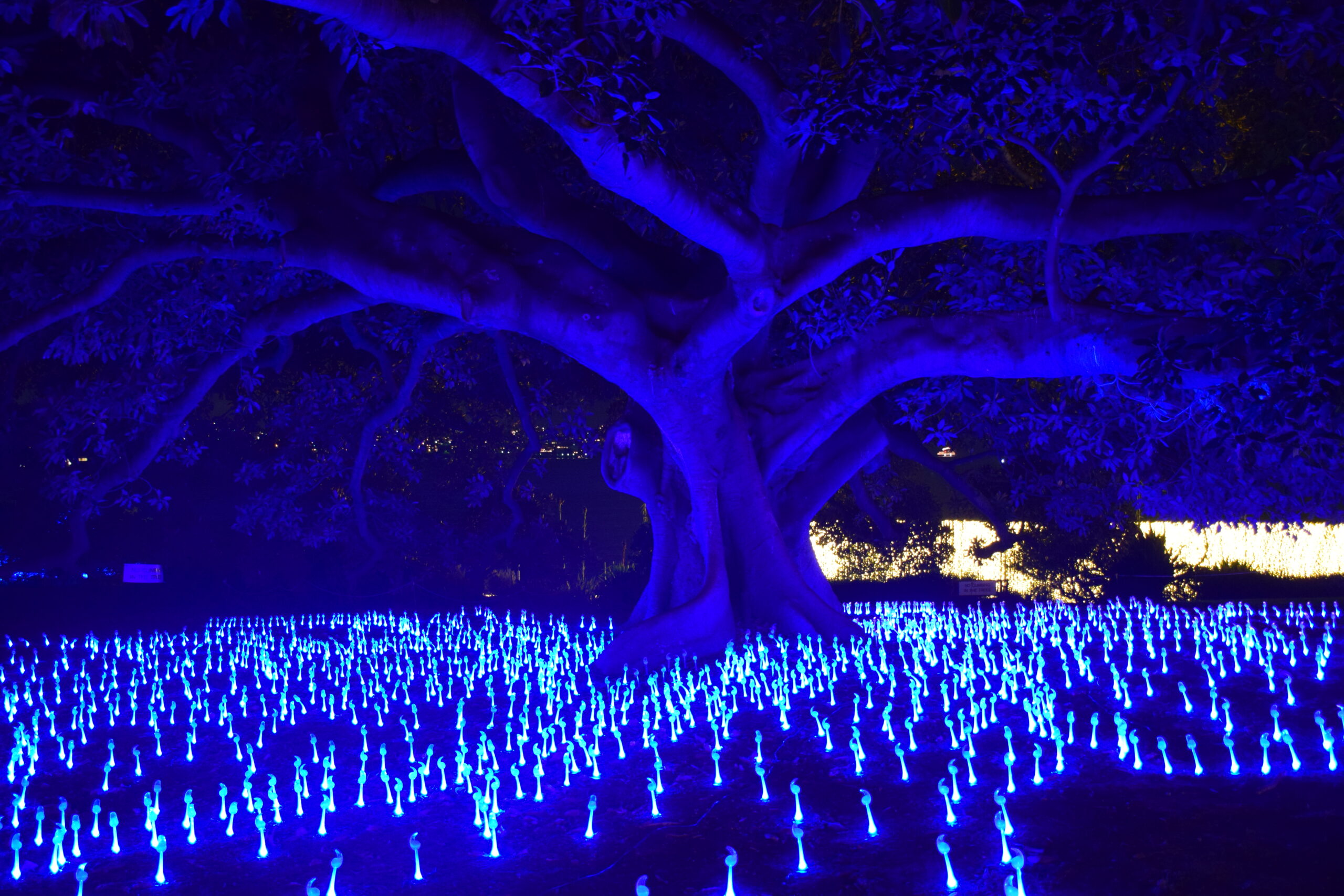 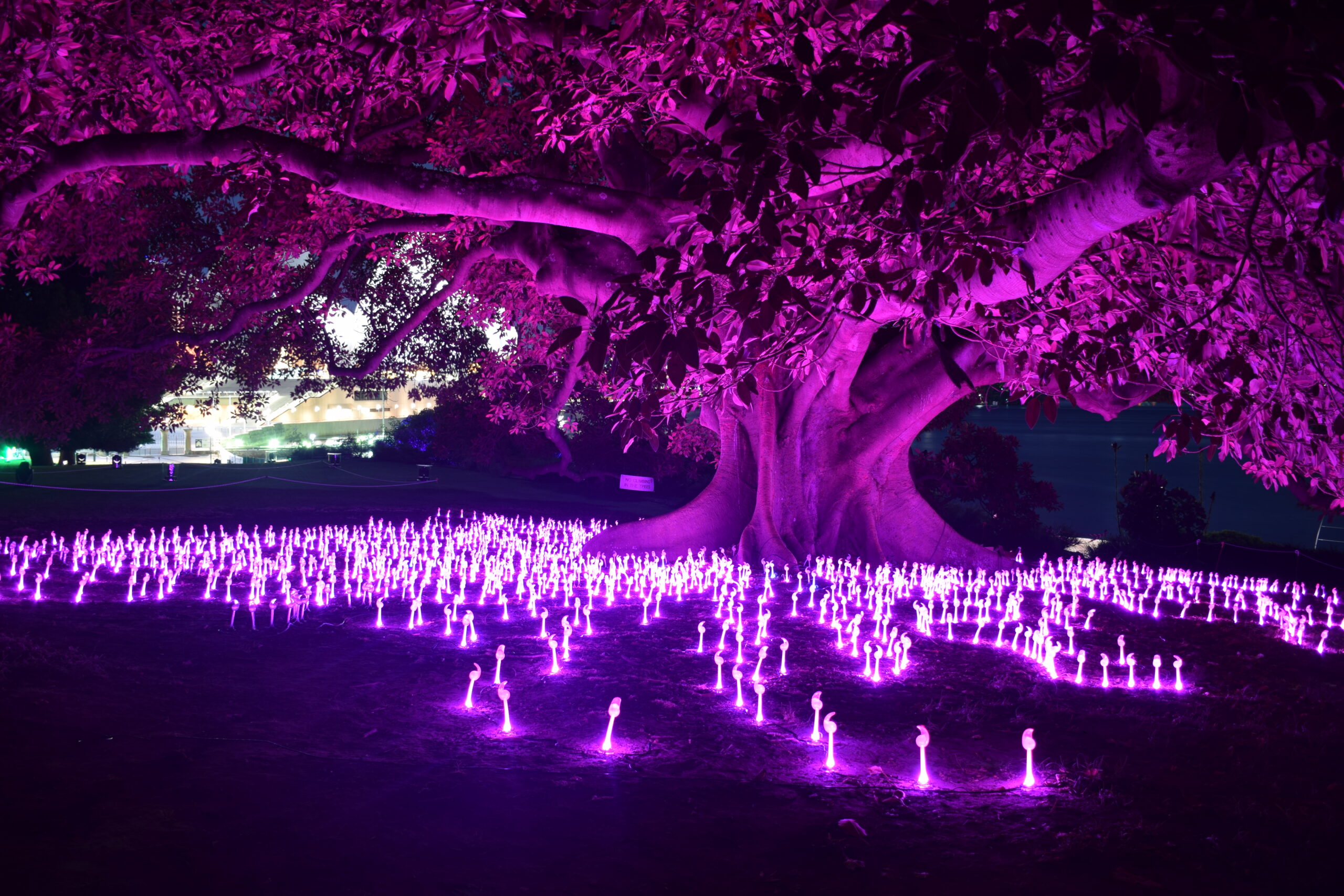 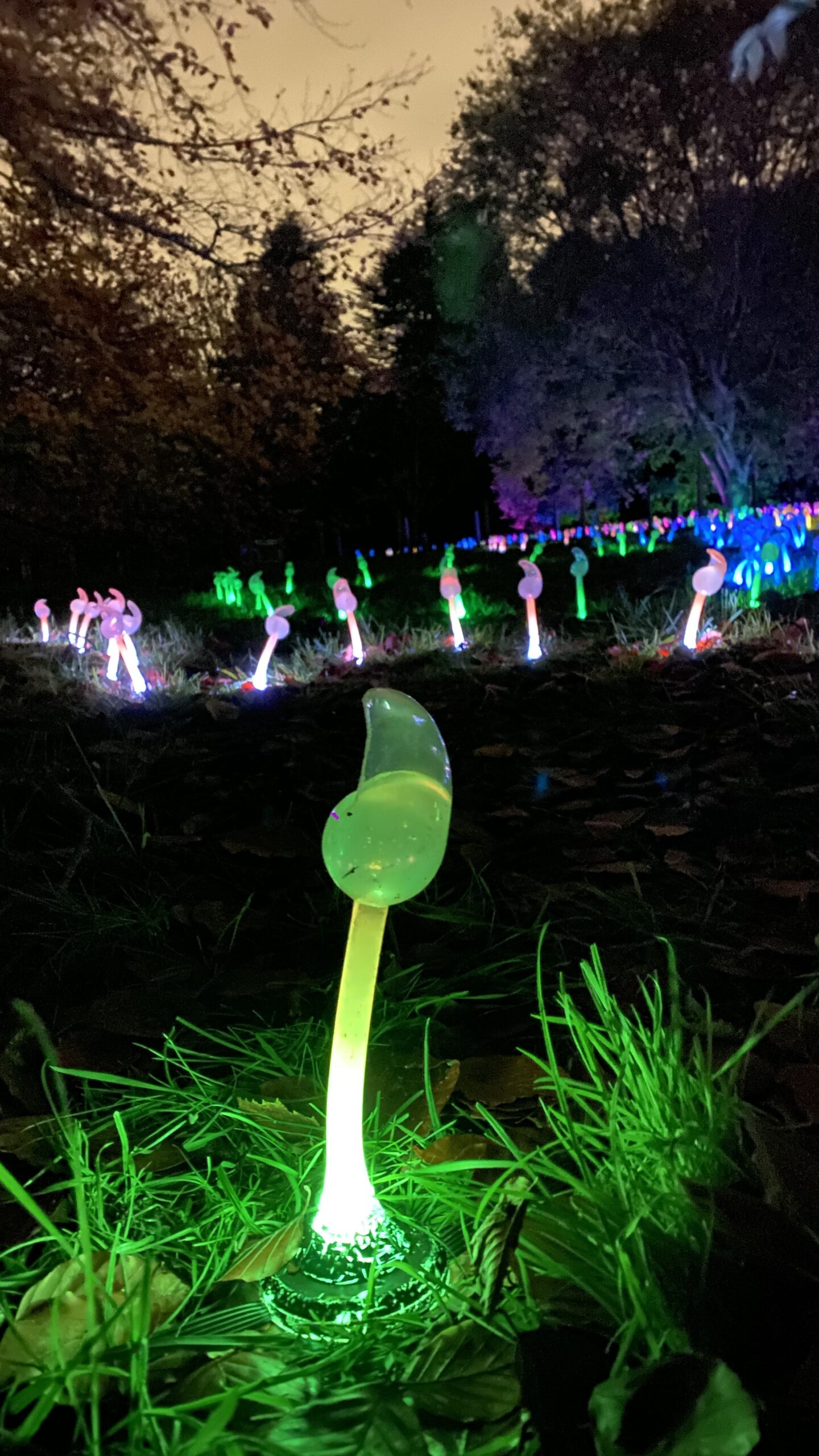 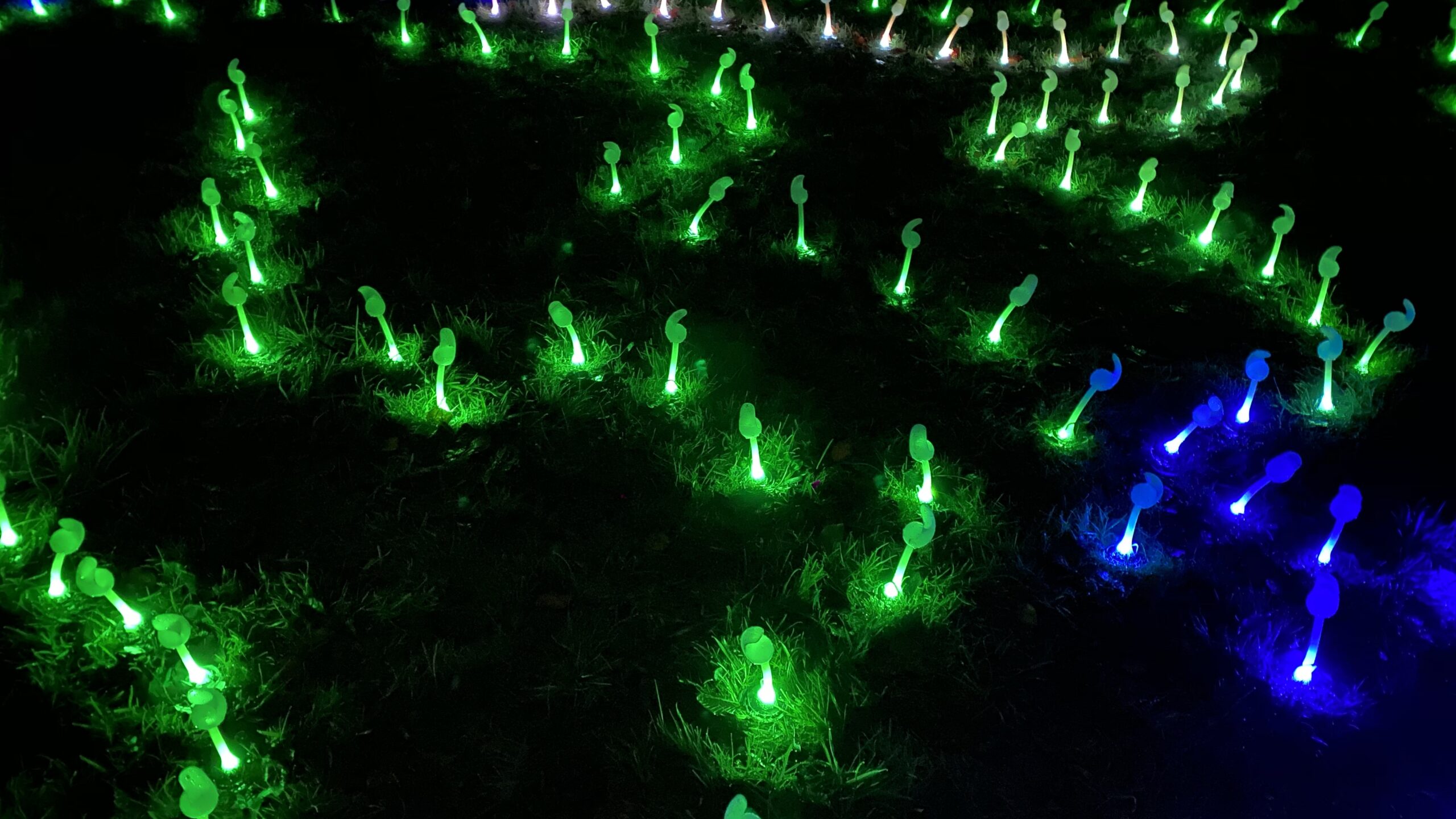 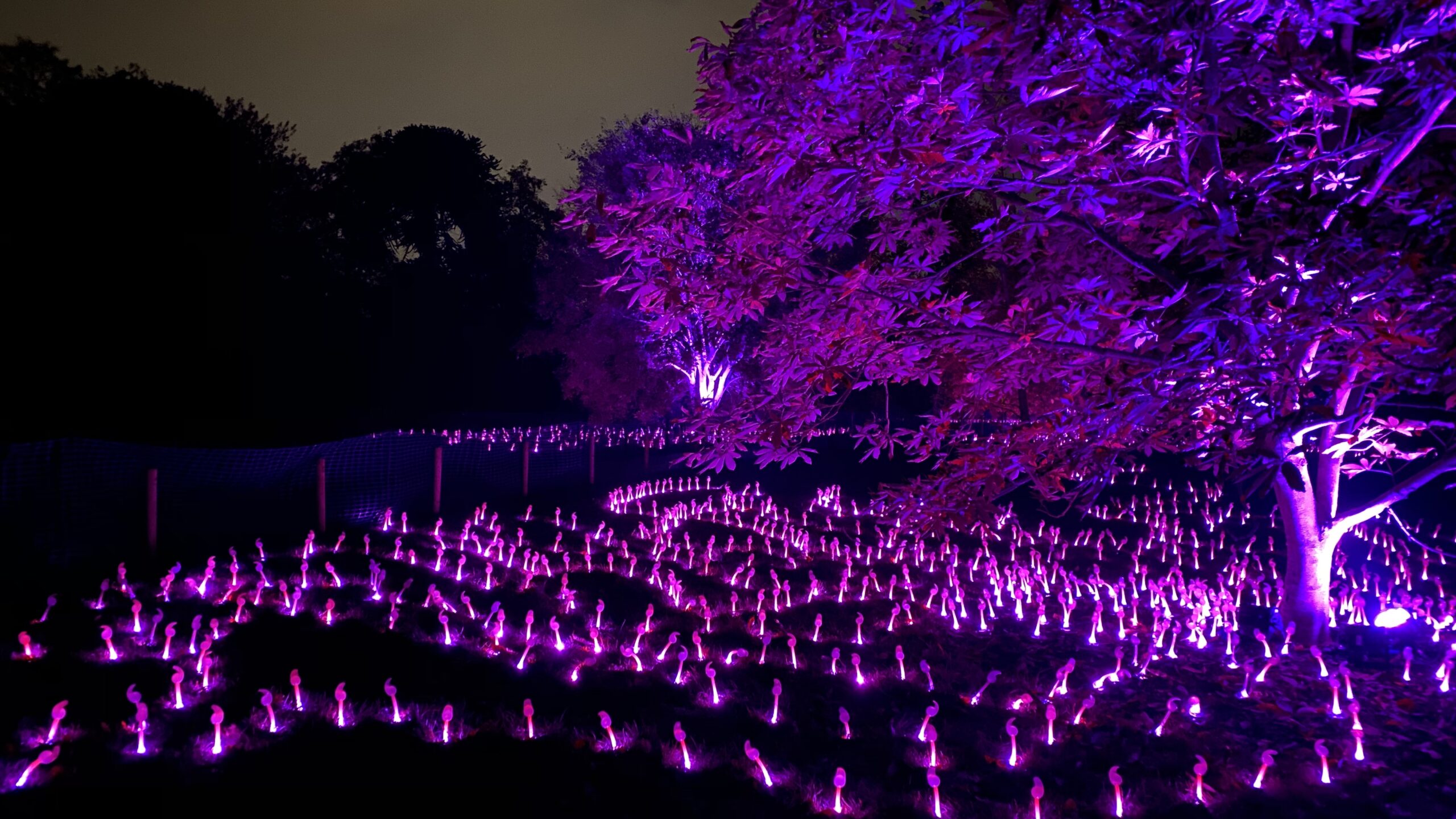 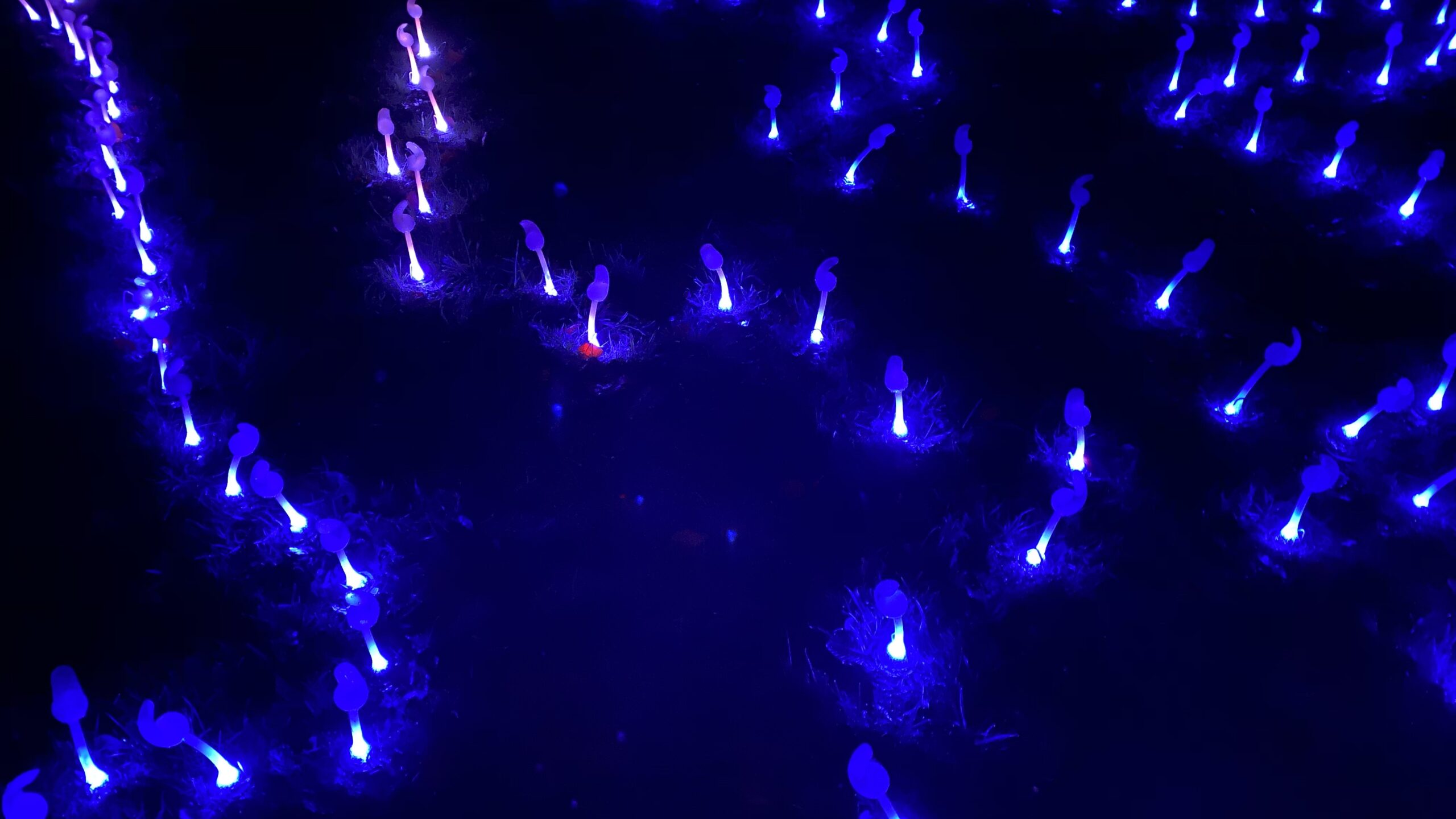 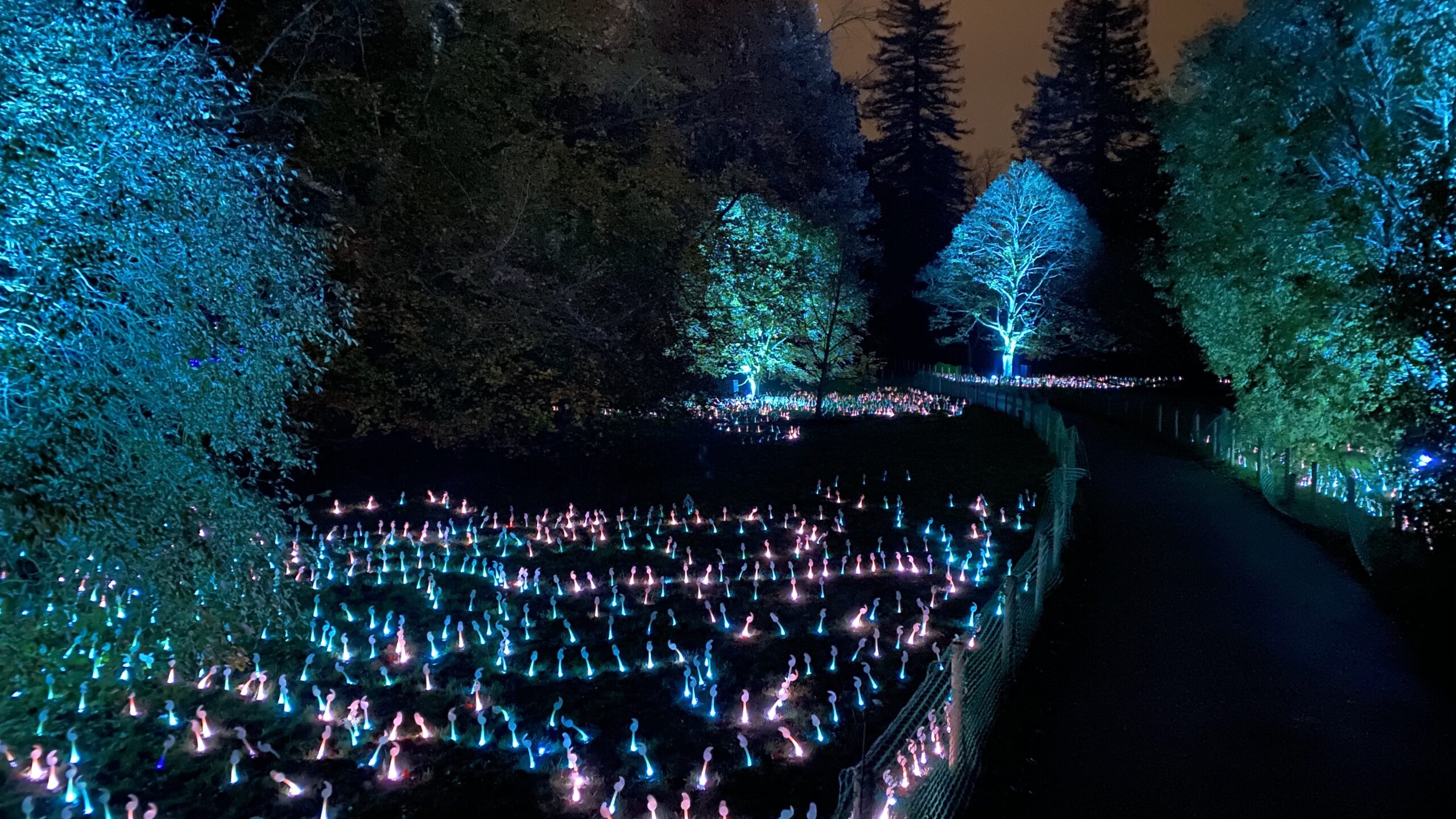 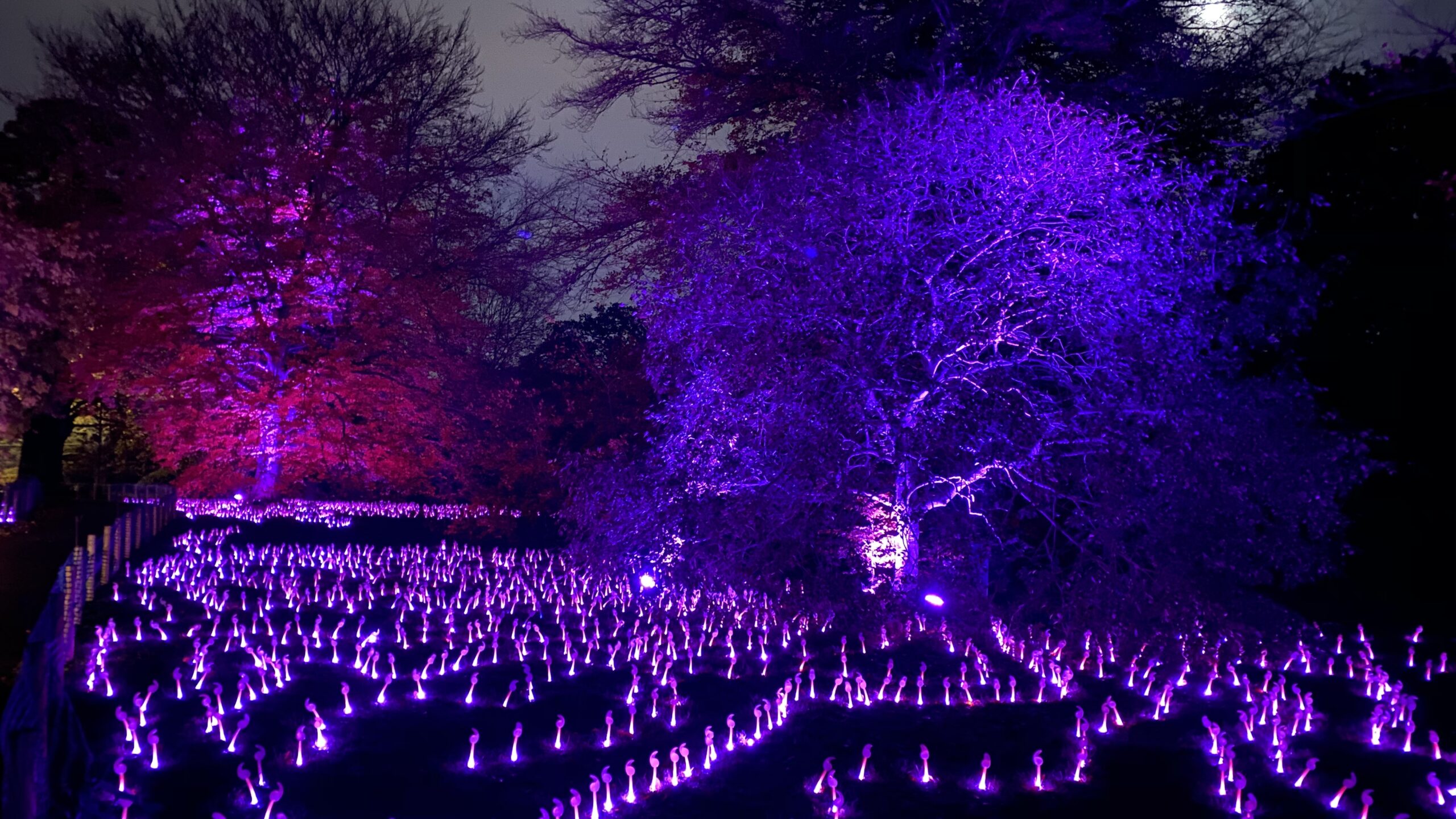 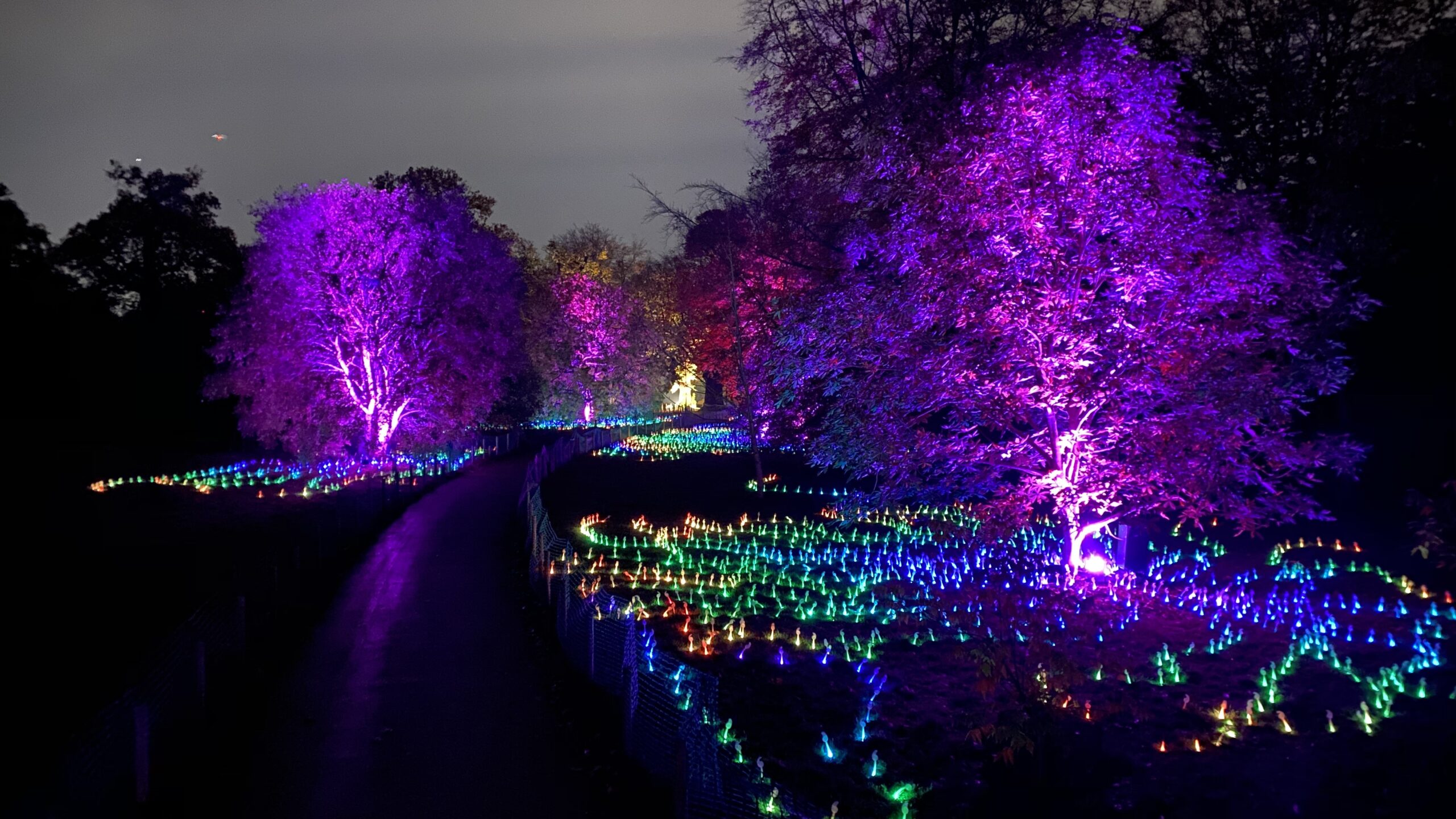 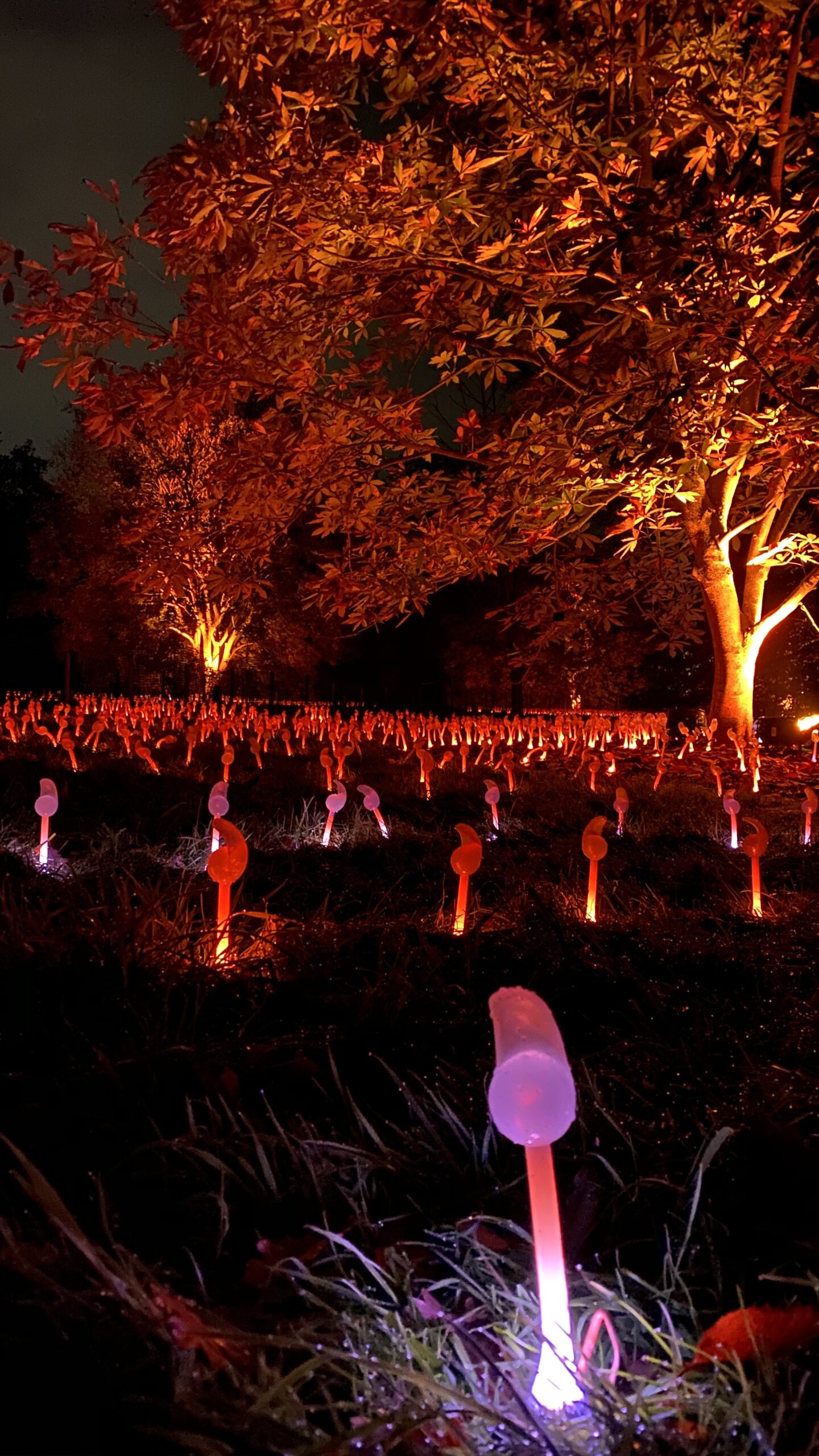